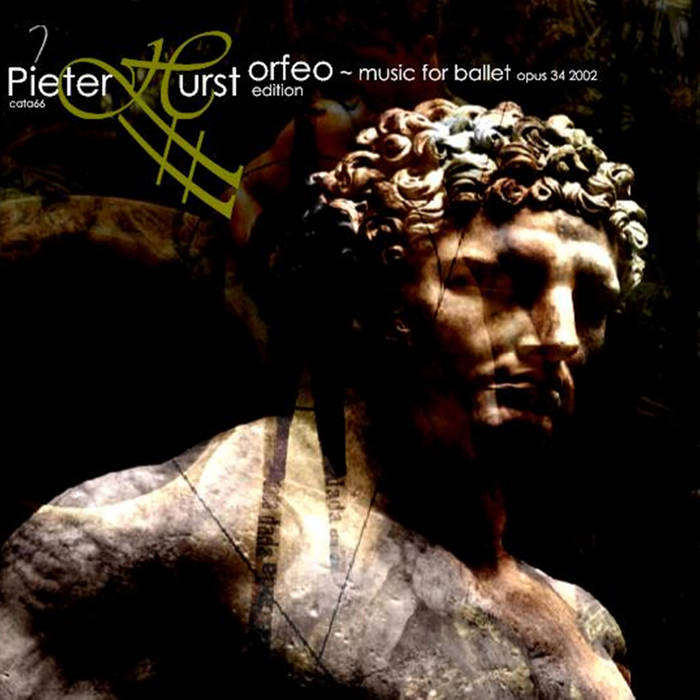 
Φ composed and produced by pieter hurst Φ
Φ ‘orfeo playing’ is part of the first book of miniatures ‘nude maschile’, opus 14 (1986) and ‘the temptation of orpheus’ from opus 12, concerto for winds and mallet instruments and orchestra (1985) Φ
Φ piano on 'overture: the birth of orpheus' and 'the death of eurydice' by jonathan s. cotterell, courtesy of bêdeux editions, paris Φ

all of the music included within these recordings has been transferred from a myriad of sources, especially analogue tape live performances or compact discs of rehearsals and studio analogue tapes, and digitally remastered and/or remixed/edited specifically for this catalogue of wonders (arts) release. many of the recordings from the pieter hurst archive were found extremely deteriorated and impossible to recover. much of the recorded material were works in progress, demos, sketches and unfinished recordings, and not recorded properly. due to those problems, there are many deficiencies in the material collated that we tried to remedy. there were blank little spaces on the tapes (soundless) and cracks and clicks that we tried to edit the best we could, and the (ab)use of reverb sorted some of those problems, but not entirely. there is a certain amount of tape-hiss (in some releases) or background noises. where it was possible, and without compromising the integrity of the original recordings/works, we have digitally enhanced what we could, but there is only so much we can do and, in certain cases, originals would be preferred.

the restoration project was initiated after the premature death of pieter hurst, by gyorgi telemann (died in 2008). david sphere, david h. hillman (from the east sheen studios) took the project on with many collaborations and donations also: we would like to thank them both; ephebeus el-ahmar (london, the naked bunch studios), maya edmundson (london, for the memories), antónio vinagre (lisbon, for keeping the best recordings pristine), wilhelm b. heinz (berlin, for donating much of the material) and artur silva-caeiro (paris, for keeping some of the recordings), steven lee rees (london, for the partial financing), calouste gulbenkian foundation (lisbon, for the kind permission for using original tapes) - thank you all, and those who are not mentioned, for their help through this restoration project.

due to the working/composing methods of pieter hurst, a delirious collagist during the writing process and making of demos, there are many samples from known recordings/composers, alliterations of known melodies/works. we found many copyright's holders and all is fine with that. if you hold any copyright involved in these recordings and you were not contacted, please inform us as quick as possible for immediate rectification.

the pieter hurst edition is curated by benjamin silva-pereira (after the initial gyorgi telemann direction). artwork and design by wassily blossfeldt (for w. b. industries, london).

Bandcamp Daily  your guide to the world of Bandcamp

Interviews With Butcher Brown and Slauson Malone, plus LP of the week by SAULT.